At New River Kinematics (NRK), we are dedicated to the continuous development of our core metrology software package, SpatialAnalyzer® (SA). We pay close attention to our users' feedback and regularly incorporate user suggestions into new releases. In fact, you'll find that we never stop improving and enhancing SA. Read below for the latest updates and enhancements in SA Release 2016.02.18.

Callout Images Maintain Proportions within Report
One challenge in updating callout images is that when the size of the graphics window changes, so do the callout image proportions. Callout images can now be added to a report and refreshed without fear of changing the proportions of those images, making it easier to place labels exactly where desired.

New Image Callout Added
This new callout type allows you to add an image as an overlay directly within the SA graphics. This can be very useful in prompting operators during a measurement process with visual aids.

Tolerances and Color Controls Added to Vector Callouts
Vector Callouts can now have the vector name colorized to match the vector color, helping to identify which vector is being referenced. Also, tolerances can be shown numerically in the callout and the distance
out of tolerance shown in either of two color schemes. 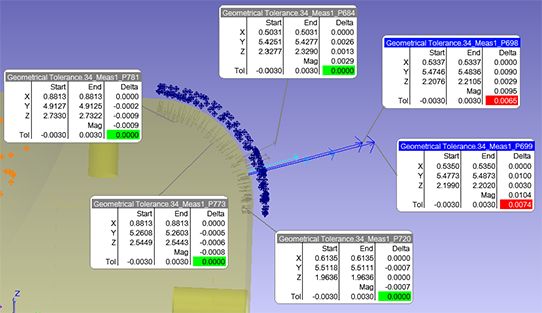 Cardinal Points Can Now be Used for Instrument Alignment 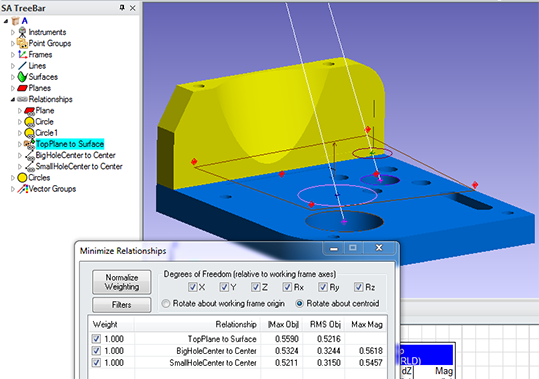 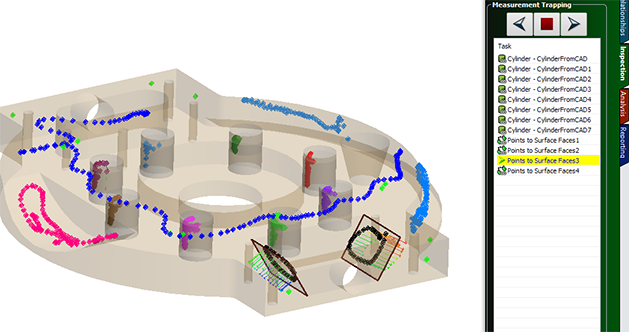 Right-Click Menu Icons have been Added

GD&T Feature Checks now have Reporting Frames
Each individual feature check can now have a reporting frame assigned to it. This makes it easier to report the XYZ deviations relative to a nominal feature.

Objects can be used Directly as Reporting Frames
Any object can now be used as a reporting frame for another object or point group. This makes it easy to see the deviations between nominal and measured features. It also makes it quick and easy to see points in cylindrical/spherical coordinates relative to a particular circle or cylinder, for example. 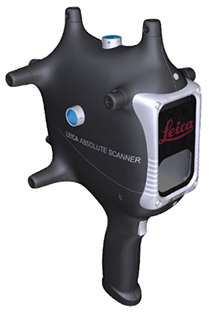 The LAS scanner is the fi rst scanner to be added as part of a Tracker Interface and can be run directly as a custom target. It requires the installation of a new RDS version available on our website and a Tracker
firmware update. An instrument Quick-Start guide can be found in the Measuring with Laser Trackers Chapter.

If you have a multi-faced target that you need to calibrate or if you would like to have a default off set always included in a 6D target, you can now defi ne these off sets directly within the Refl ectors and Targets Database. New MP editor has been improved
Search plane can now be sized in the MP Editor.

Interested in learning more about SA? We regularly update the SA User Manual (which is installed when you install SA) to reflect the most recent updates and changes to SA. Click here for the download page.