At SpatialAnalyzer, we are dedicated to the continuous development of our core metrology software package, SpatialAnalyzer® (SA). We pay close attention to our users' feedback and regularly incorporate user suggestions into new releases. In fact, you'll find that we never stop improving and enhancing SA. Read below for the latest updates, enhancements, and fixes in SA Release 2022.1. Click here for the download page. 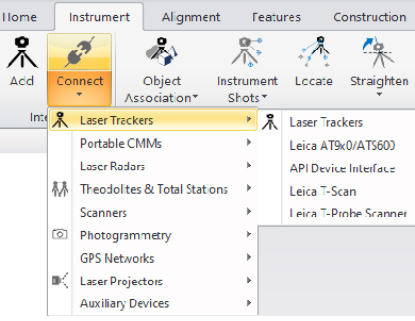 Geometry Relationships with a pre-defined nominal references now offer a new selection option: “Measured Geometry”. This geometry to geometry comparison still offers the ability to create cardinal points, vectors, and dynamic reports, and can be converted back to a full Fit and Compare relationship at any time.

GR-Paraboloids now offer improved fit controls. This version adds the ability to constrain the fit process, fully holding the nominal axis or the nominal orientation during the fit process. These controls should be very helpful in antenna applications. 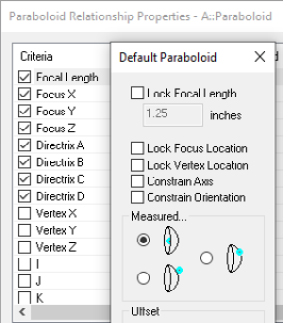 At customer request there is now a minimum point count threshold that can be set within a Drift Check. When enabled, this control ensures the minimum number of points are measured in order to accept or realign based on the drift.

In prior versions of SA clouds were directly compared to the closest CAD surface. This could cause issues with thin sheet metal parts where the data is closer to the back side of the CAD.

In this version the probing directly has been incorporated in this comparison process ensuring that only the measured CAD surfaces are considered. 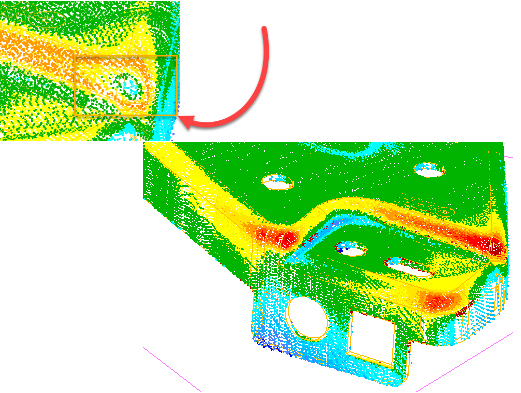 In this version the ability to relocate existing annotations from one collection to another has been added.

Feature checks links are now associated with their corresponding annotations in the tree. This provides the ability to expand the annotation and directly access the feature checks built from this annotation. 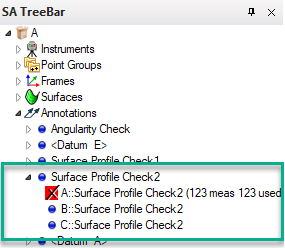 The speed of importing vectors from a text file has been greatly increased.

Point Sets are more efficient than point groups for saving large data sets with thousands of points. In this version we have added:

Extended logging to capture all variants of moving items through the Move option within the collection righ-click menu.

When measurements are associated with an instrument using the Fabricate Measurements option, the measurement details are now captured. The fabrication method parameters: inject error, limit distance, and min/max are all recorded.

A new interface has been added to improve support for Leica Total Station:

These instruments can now be run using the Leica Total Station interface as well as the Theodolite Manager. This new interface supports:

A user noted that if too many 6D probes are present, the quick select list gets hard to manage and use. All current 6D targets that we automatically switch to upon beam lock will no longer appear in the list. 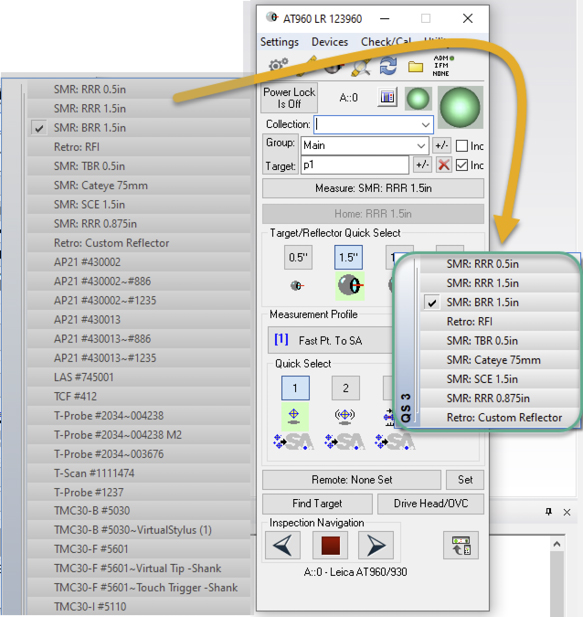 Added the ability to connect to trackers using serial number. The MP Command will now accept either serial number or IP in the IP address field.

Leica AT960 with AS1 Scanner

This was added for use with the new control for simultaneous measurement where the tracker is controlled by an arm, but can be used any time.

Users can now manually calibrate an arm’s graphical model and save the solution into a file to ensure an accurate arm display. This is very helpful for arms that do not have a predefined encoder zero point.

On loading the SA job next time, the application verifies if the arm model has a pre-saved calibration file in the C:\Analyzer Data\Persistence directory. If found, the calibration offsets will be applied to the arm’s graphical model.

The Faro Quantum Max is now fully supported, including scanner transform retrieval from both scanner mounts. Faro Drivers v.6.9 or later are recommended.

Both 2meter and 3meter arm models were added to support the Quantum Max arm lineup.

To toggle between probing and scanning, you can now just hold down both arm buttons. Just press and hold both buttons until you hear the long press notification beep (about 2 seconds), then release. 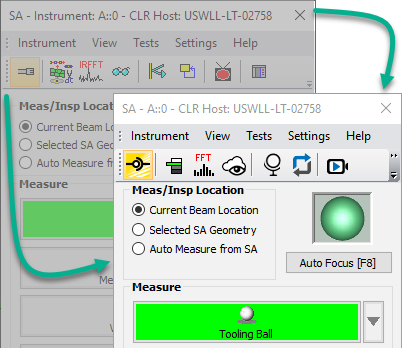 - Added MP command “Manual Align from Exported File []”. This allows you to prompt a manual (mouse drive) alignment for initial setup from a point group exported to an ASCII file.

Added a new expand/collapse button to the MP Editor that allows you to resize the Search and Connections/Find Results/Variables panel. 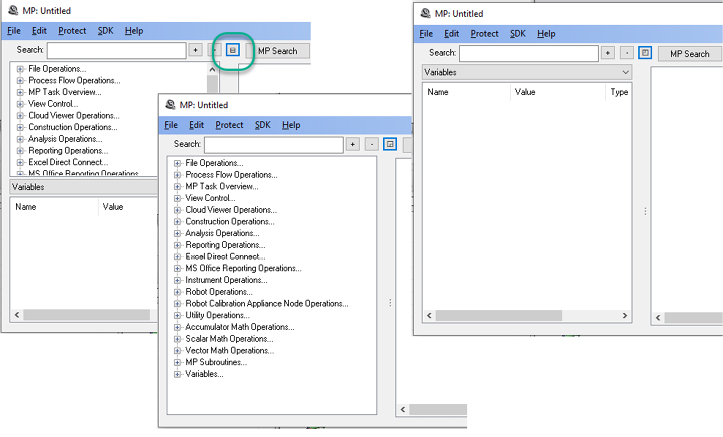 Pipe Fitting Relationships can be used to define the ideal junction between two pipe segments. It allows you to compute a cut, measure the first cut end, recompute the second and build a perfect junction. This process can now be automated.